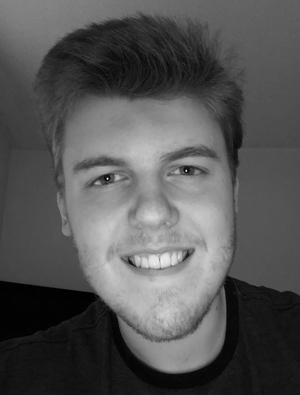 Jack is currently a fourth-year Bachelor of Film and Television student specializing in Writing and Directing at Sheridan college.

Filmmaking has always been his dream career from a young age; he constantly watches films and loves the creative process.

Jack has written and directed many short films to develop his craft with inspiration drawn from Edgar Wright, Brad Bird, David Fincher, the Coen Brothers, and many others (a select few on his YouTube channel).

From here, he plans to become a successful writer/director of blockbuster entertainment, but always willing to help out in any creative endeavor.

A selection of highlights from my personal and student films. I directed and wrote everything shown here. Demonstrating my visual flair, storytelling and stylistic voice.

A young man, Jeffrey, is yearning for love. He spots an attractive coffee barista and tries to spark romance, BUT, an overzealous co-worker interrupts. One of them will not go unpunished, things turn murderous in a tale of cold coffee and revenge…

A deeply moving story about a man confessing something to his roommate that’s been secretly building for some time.  It’s a delicate issue with a powerful message of acceptance.